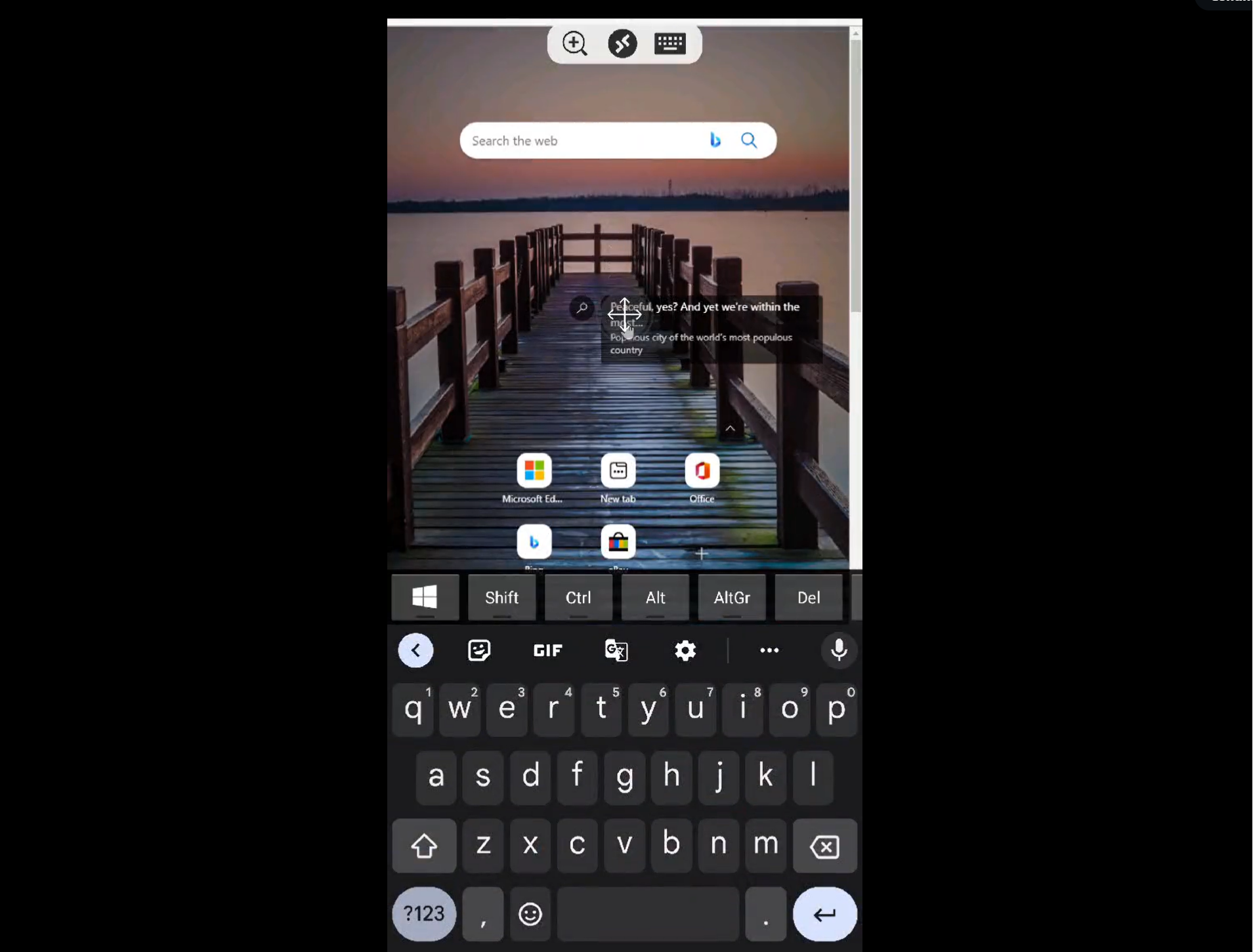 A developer has shown that (with a little tweaking) the upcoming Android 13 OS will run Windows 11 inside a virtual machine, suggesting a future where your device won’t necessarily be defined by its operating system.

As noticed by Android Police, developer kdrag0n was able to boot Windows 11 on top of the built-in hypervisor within Android 13. Android 13 is still in its very earliest stages: Google launched a developer release last week, with a public roadmap that projects a stable beta around the Google I/O developer conference in April and a final release scheduled for the fall of 2022.

The point, however, is that the developer preview reveals just a few features that have been exposed to the outside world, while the bulk remain hidden and available just to developers. (Our sister site, TechAdvisor, has a list of some of these public features in Android 13, including the ability to switch accounts from the lock screen and a tap-to-transfer that looks a lot like Apple’s AirDrop.) One of these hidden developer features, apparently, is a more stable implementation of a virtual machine—a protected “sandbox” in which a user can load other applications.

It’s in this space where kdrag0n was able to get Windows 11 running.

The developer even published a video showing a quick overview of Windows 11, as proof of his work.

The real question, of course, is how much of kdrag0n’s work will actually be reproducible to the average user. In other words, is kdrag0n simply exploiting a developer’s low-level access to the guts of the operating system, enabling him to load Windows? This isn’t clear. Android Police notes that Google has created a new virtualization framework and created a protected kernel virtualization mechanism as a way of standardizing Android’s virtual machine structure. What we don’t know is if users will be able to take advantage this.

In Windows, however, they can. There, the virtual machine hypervisor is much more developed. Windows users can already run Linux apps within the Windows Subsystem for Linux, and, soon, Android apps as well. In both cases, Windows creates a protected environment in which to run the OS and the related applications.

In 2021, Microsoft launched Windows 365, which allows Windows to “run” on Android tablets and phones via the cloud. Android Police’s report makes it sound like, eventually, Google plans to close the circle and allow Windows to run within Android, natively.

It all suggests a future where users won’t necessarily be tied to one operating system or app suite. Users who have purchased an Android phone should be able to run Windows apps when they want, and Windows users should be able to run Android apps, too. That future still remains far off, with much to do. But we’re getting there.

As PCWorld’s senior editor, Mark focuses on Microsoft news and chip technology, among other beats. He has formerly written for PCMag, BYTE, Slashdot, eWEEK, and ReadWrite.