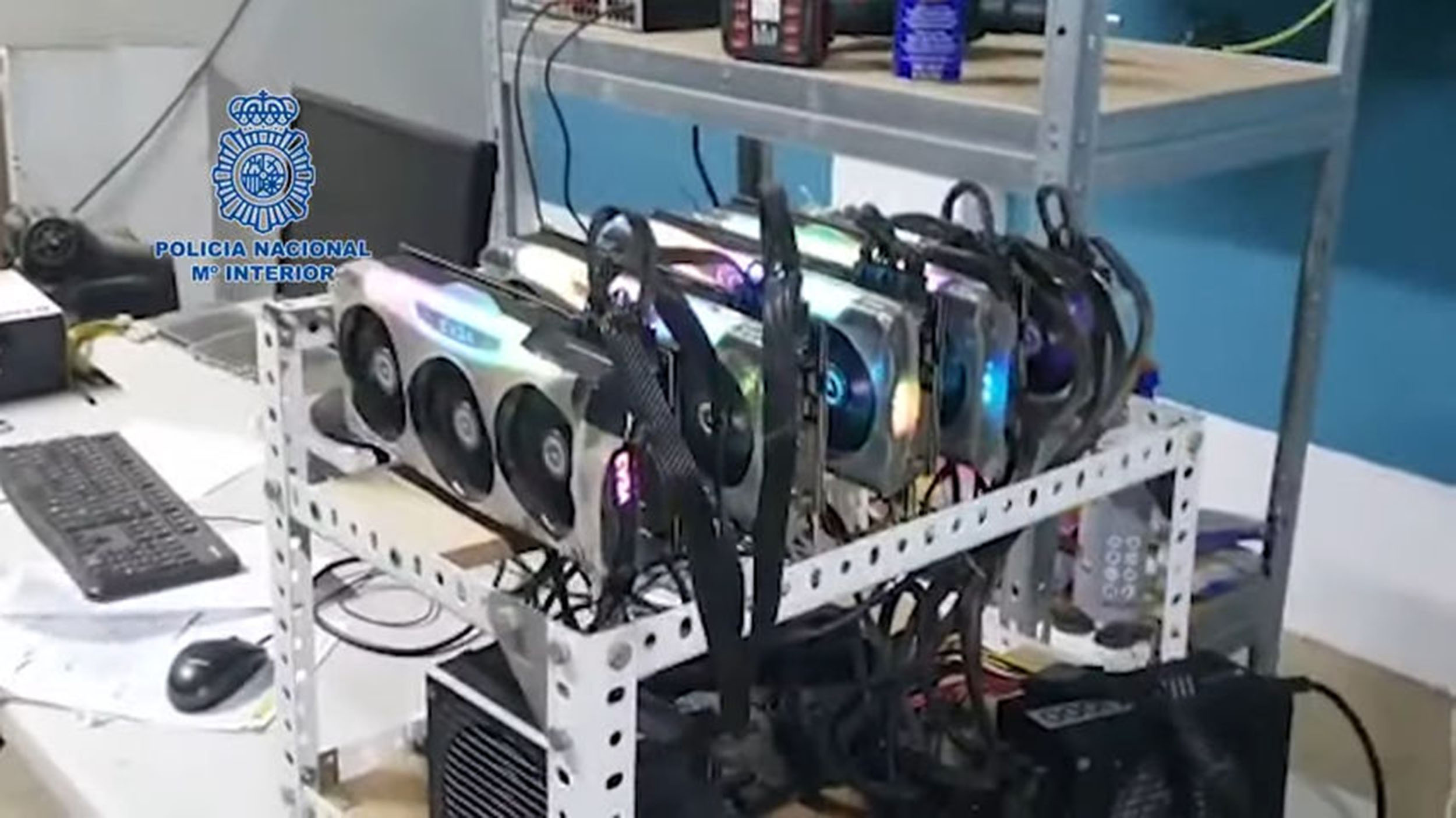 When Spanish police were informed of an illegal electricity tap, a small building stealing a huge amount of power from its neighbors, they suspected an indoor marijuana farm. After all, weed needs a lot of lights and hydroponics if you want to grow it in the middle of Seville. But when the cops raided the building, they found racks and racks of humming graphics cards instead. The operation wasn’t an illegal marijuana farm, it was an illegal cryptocurrency farm.

VideoCardz.com spotted the story posted on a local news hub, noting that most of the cards used in the crypto mining rigs appear to be EVGA RTX 3000-series in addition to standalone ASICs machines. Police told the media that they seized 22 rigs worth 50,000 euro, and running off of 2000 euro a month in stolen electricity. For such an elaborate setup, the profit seems to be piecemeal: police estimate the operation generated approximately 3500 euro a month in profit, even after the illegal power tap. No arrests were reported.

You can watch video of the raid here:

There’s nothing illegal about mining Bitcoin and other cryptocurrencies in most countries, even if gamers desperately searching for affordable graphics cards might wish otherwise. But criminals and desperate chancers are seeing crypto as an easy and relatively safe way to generate income. Put that “relatively” in big quotes: running dozens of high-powered computers in close proximity gobbles up electricity (which is what made this farm illegal) and generates huge amounts of heat. In December, a crypto farm in Thailand was destroyed in a fire, possibly caused by excess heat and/or poor wiring.